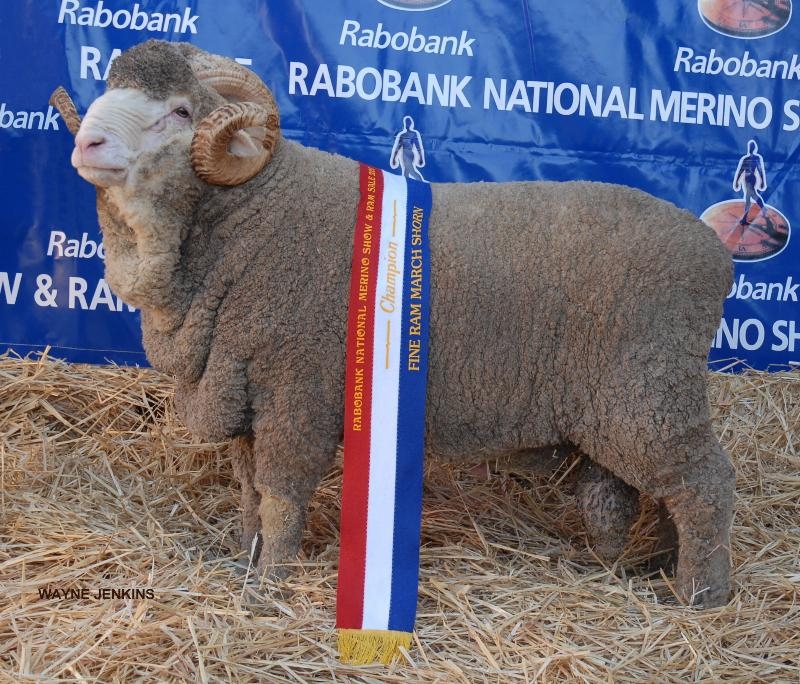 N10 had a very strong head with a soft, pure muzzle that was also deep, wide and ‘sirey’. His wool tests at Dubbo as a 2 year old ram were 17.2 micron, 2.9 SD, 16.9 CV while having a bodyweight of 125kg. The width across his back from his tail to his poll is outstanding.

N10’s progeny at Nerstane and in the Tasmanian and New England Central Test sites have been outstanding for fleeceweight and micron and also high tops and low culls.