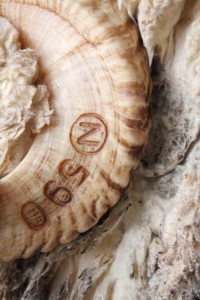 The increasing awareness of Nerstane’s performance in Sire Evaluation programs has prompted many stud and commercial breeders to trial the Nerstane bloodline under distinctly different pastoral and climatic conditions.

Nerstane has been involved in the New England Central Test site since its inception plus many others around Australia and overseas.

The performance of Nerstane sires has been outstanding indicating that they are among the leading sires in the industry.

Figure 2  shows the consistent high-performance of all the Nerstane sires entered in the scheme for measured traits i.e. CFW and  FD.

While Nerstane’s selection emphasis is on objective measurement, we must keep a rigorous high standard of visual classing both ‘over the fleece table’ and ‘up the race’.

Results from the Central Test Fine Wool Sire Evaluation show that Nerstane’s Tops to Culls ratio is of the highest industry standard.

The Nerstane team understand this high standard of Tops to Culls is of upmost importance to their ram/semen buying clients.

We realise rams and/or semen is a large investment and you want to get the most out of your genetic purchasing decisions.  Your higher proportion of Tops will maximise your flocks genetic progress while our low proportion of Culls will mean you will be selling a higher grade of surplus sheep.

Figure 3 is probably the graph that the Nerstane team is most proud of and will strive to stay in the top left quadrant in the future. This graph shows every Nerstane sire ever entered in Central Test sites (including sale rams) around Australia.

All Nerstane clients will benefit from these elite sires as they are responsible for breeding the next generation of ewes and rams at Nerstane.
back to top