We registered the Nerstane Poll Stud in 2008 due to client feedback and general interest from outside studs. We started the program from our horned ewes and selected industry leading poll sires from Central Test sites, the show ring, and the MERINOSELECT site. We have used a Billandri sire every year to date which will give us a very good base as well as high linkage for our figures.

We realise if we can breed poll rams with the same tops to culls ratios as our elite horned rams, we will have a very marketable item. It is going to be a slow process and we know it is not going to happen overnight, but the challenge is there. If we keep the same strict visual protocols in place we will start to make good genetic gains as we are continuing to use the best poll genetics in the industry.

We have started showing and selling poll rams in 2014 in the housed sections and have had some exciting results so far. N191 was judged Ultimate Ram of the Year at the 2014 New England Merino Field Days and then went on to be awarded the Champion Fine Wool August Shorn Ram at The Sydney Royal Easter Show in April, Reserve Champion in Bendigo, and Champion Fine Wool Poll at Dubbo (below). 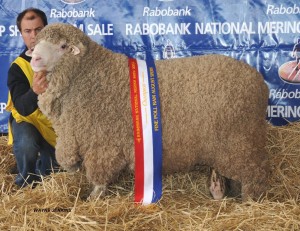 A son of N191 was judged Grand Champion Poll Ram this year at The Sydney Royal Easter Show. N21 won junior fine Poll ram and went onto be judged the Grand Champion. 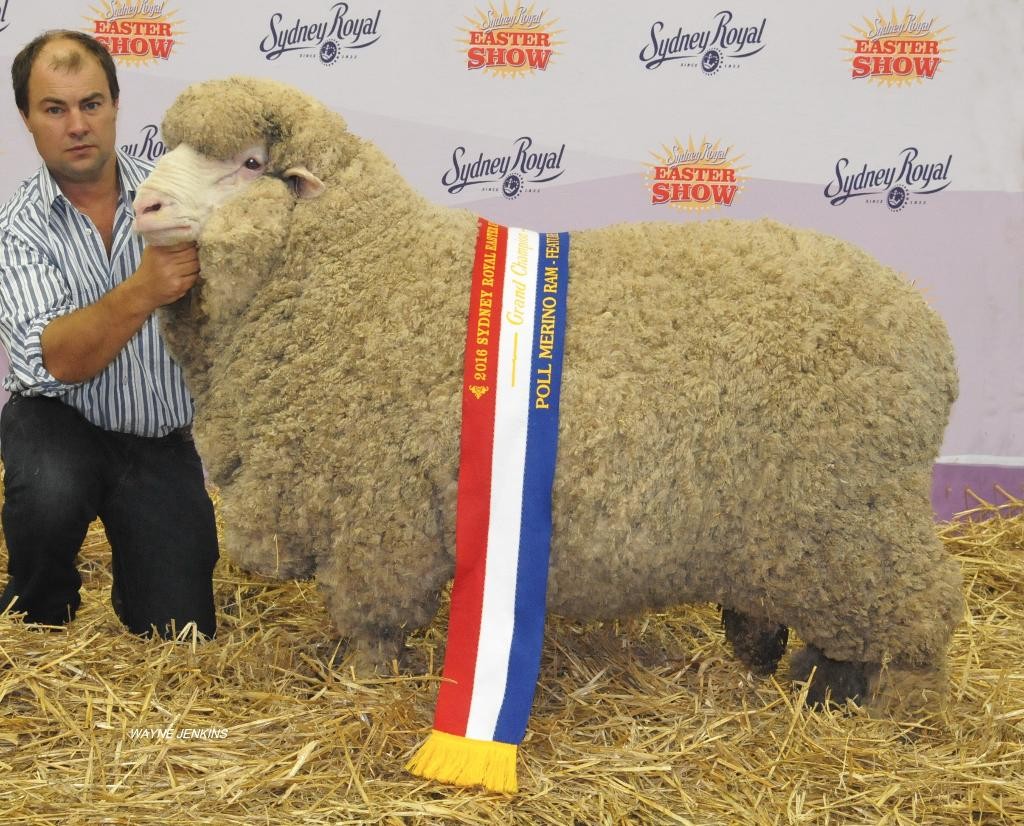 We have had some success already in the sale ring with a very good half poll ram from our first drop topping our On-Property Sale at $10,000 purchased by Rob Campbell for Adrian Newton, “Combadery” Walgett. Progeny from this ram by all accounts are very even and similar to their father who was a very good sheep.

We have had a very good hit from a poll ram from Willandra called Desmond. This year was the third time we have used him as they are so even and are correct and cut wool.

We sold a son at our on property sale to Gavin Clarke bidding for Union Agriculture, Kyabra Station, Kentucky for $18000 and another Desmond son for $12000 to long time client Len Mathews, Bulgandri Poll Merino Stud, Rand. We sold a full brother to this ram to Michael Campbell from Coramandel Merino Stud in Western Australia for $15000.

In 2018 we had a stellar year with the polls winning Champion Junior Poll and Reserve at Sydney..These 2 rams were actually full brothers and went onto win a swag of ribbons. N59 was sold at Bendigo for $20,000 and N43 was retained at Nerstane. Both rams have collected well and semen is available.