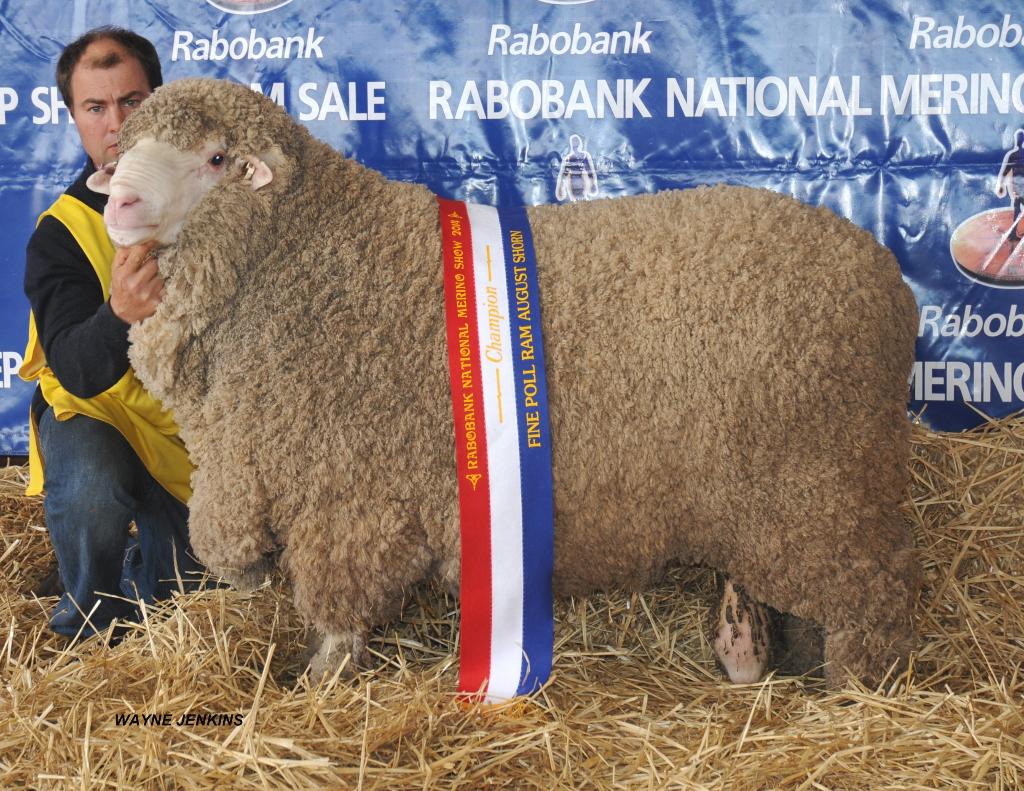 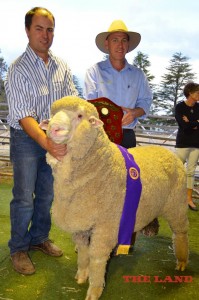 Jock holding N191 after winning NEMFD Ultimate Ram over 36 other entries. He is pictured here with sponser Steve Hylands from Bayer Animal Health. 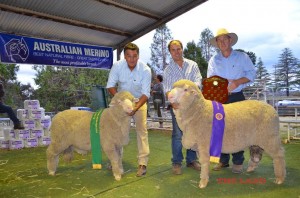 Chris Clonan with the Reserve and Jock McLaren holding N191, the 2014 Ultimate Ram of the NEMFD with sponser Steve Hylands from Bayer Animal Health. 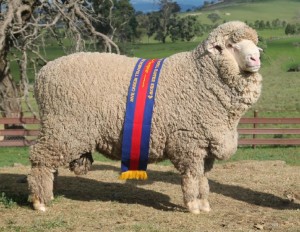 N191 is a terrific doing sheep with great bone and width in his back and barrel. He is thick on the skin while still having good staple length which is a rare trait.

N191’s “heartroom” makes him really stand out on the mat.